While half the world still holds its breath for the World Cup, sports fans in England, Portugal, Italy and France, as well as cycling fanatics anywhere else, are ready for the biggest race of the year: the Tour de France. And what a Tour this will be. Not only have the organisers picked out a terrific stage plan, but on top of that a lot of riders seem very keen on making a splash this year in the Tour. 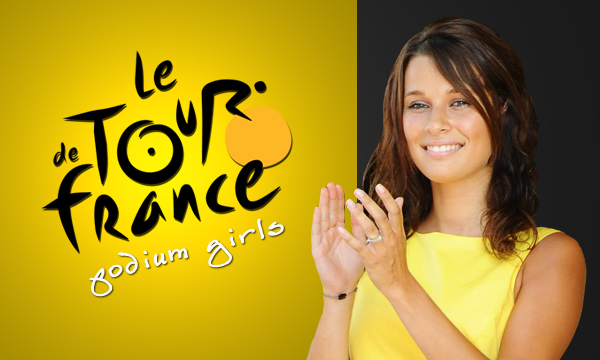 First, of course, there is the most successful Tour de France rider of all times, Lance Armstrong, who has left Team Astana and together with his excellent domestiques Klöden and Leipheimer joined Team Radioshack. Lance has promised that this is his last Tour de France ever, and he had a much better preparation than last year (he still came in third), a second place in the Tour de Suisse confirming his top shape.

Then there is 2007 and 2009 winner Alberto Contador, the talented Spaniard who has focused on nothing but the Tour this year. Contador has one new vulnerability, though: Alexandre Vinokourov. The Kazak is having a pretty good season and it is not sure whether he is willing to step aside and help Alberto wherever he can. As sponsor Astana is a Kazak city, a new schism within the team might just prevent Contador from winning this year. A similar conflict with Armstrong did not stop him last year, so he is still top favourite by a pretty wide margin.

Another major contender will be the younger of the Schleck brothers, Andy. The young Luxembourger who finished second last year, is not only a top climber, but has also improved his time trial abilities a lot. With a strong team by his side, including his own brother Fränk, Andy seems more than ever ready to go for gold. Or yellow, actually.

Those three being the top favourites, a lot of others will want to disturb their supremacy. Among them are Giro d’Italia winner Ivan Basso, world champion Cadel Evans, England’s Bradley Wiggins, Russian crack Denis Mecnhov, 2008 winner Carlos Sastre and Dutch prodigy Robert Gesink. Enough to provide for a very interesting Tour for 2010.

The first week will traditionally be for the sprinters. Last year the mass sprints were completely dominated by Manx Marc Cavendish. He won six stages, but this year he has not demonstrated such an outstanding form as he did then. This gives Tyler Farrar, the American who has already won stages in both the Giro d’Italia and the Vuelta a España, a possibility to complete the treble. German Gerald Ciolek and Norway’s Edvald Boasson Hagen are outsiders, while household names Alessandro Petacchi, Thor Hushovd and Oscar Freire will want to prove that they are not over the hill yet. They are not of course, as some sprinters always leave the race as soon as any hills come in sight, as all sprinters are essentially lazy show ponies

That will be in stage 7, when the Alps are reached. The riders will have taken the first truly difficult hurdle already then, which is stage 3. This stage will lead the peloton over some bits of the Paris-Roubaix course. More than 13 kilometres of cobbled sections will challenge even the most hardened classics expert. 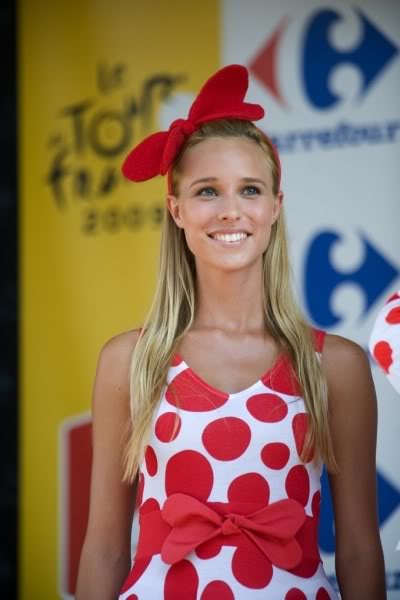 This year the decisive moments will probably arise in the last week of the Tour. Apart from today’s prologue, there is only one time trial, which is scheduled on July the 24th (stage 19). Two days before that, the last Pyrenean stage will finish on top of the famous Col du Tourmalet, giving climb specialists their last chance of many to gain enough buffer time to survive the time trial.

If you are going to make some custom cycling kit made and you like the look of one of the team strips riding, you can always ask us to adapt it to your team/club. We often work from photos of existing team kits and then just change colours, text and logos where necessary.

First things first though, today our eyes are on Rotterdam, where the 97th Tour de France will have its Grand Depart. Bonne chance à tous!

You have to pity anyone who doesn’t understand the joy of spending a Saturday afternoon in front of the telly watching the last 100k of one of the Classics or the extra spring in your step you have in July knowing that for 3 weeks you will have the Tour de France to bring light to your life.

Anyway here are the races you simply cannot miss this year under any circumstances. You can watch most of them on Eurosport if you are prepared to part with 4 quid (5 euros) a month (if you don’t have it on you normal television). The UPT races are Pro Tour and the HIS races ‘Historic’.

How to design and order your custom cycling & tri kit