What better way to start your spring than sitting in front of the telly for an entire afternoon? Because tomorrow, most of the world’s best riders will start in the first major cycling classic of the season: Milan-San Remo, La Primavera. 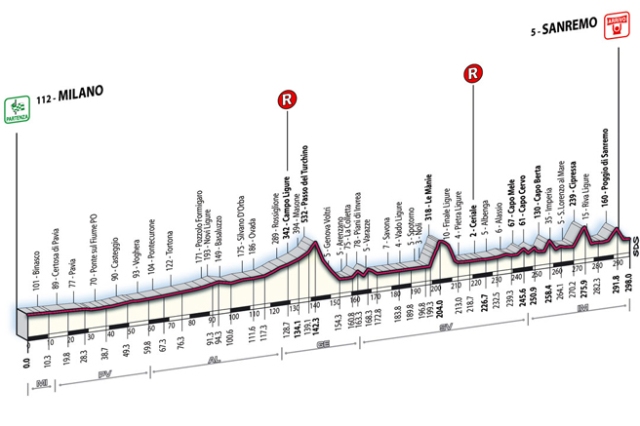 This epic race over almost 300 kilometers features a couple of small climbs, of which the final two, the Cipressa and the Poggio di Sanremo are the most famous. Classic specialists, such as Belgian Philippe Gilbert who won both Paris-Tours and the Tour of Lombardy last year, will try to open the race on those hills, while the teams featuring the strongest sprinters will do everything they can to keep the pack together.

Due to the sheer strength of most sprinters and their teams however, the race is bound to end in a mass sprint. 24 year old Manx cyclist Mark Cavendish, who won the race last year, did not appear to be as fit as usual at the recent Tirreno-Adriatico, so this time all eyes are on Belgium’s Tom Boonen. 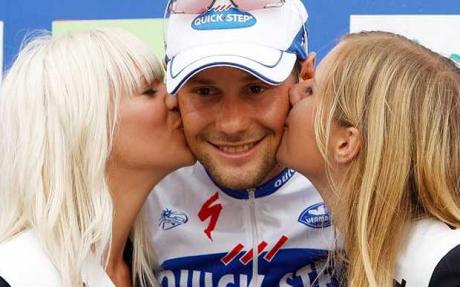 The Quickstep rider has yet to win his first Milan-San Remo, but he has impressed many comentators by winning his first mass sprint in a long time in the Tirreno-Adriatico. His endurance skills are beyond any doubt, which led 2002 winner Mario Cipollini to tip the Belgian as top favourite. Who are we to question Super Mario?

Other contenders include two times winner Oscar Freire, and former first place finishers Alessandro Petacchi (2005), Filippo Pozzato (2006) and Fabian Cancellara (2008). Seven times Tour de France winner Lance Armstrong will also join the race, so prepare yourself for a wonderful day of world class cycling and let us know who you think is going to win it…