With Gent-Wevelgem, another month packed with Belgian classics, comes to an end. After the Omloop Het Nieuwsblad and Kuurne-Brussels-Kuurne earlier this year, the peloton will ride from Deinze (and not Gent) to Wevelgem on Sunday after the finish of the E3 Trophy in Harelbeke on Saturday. 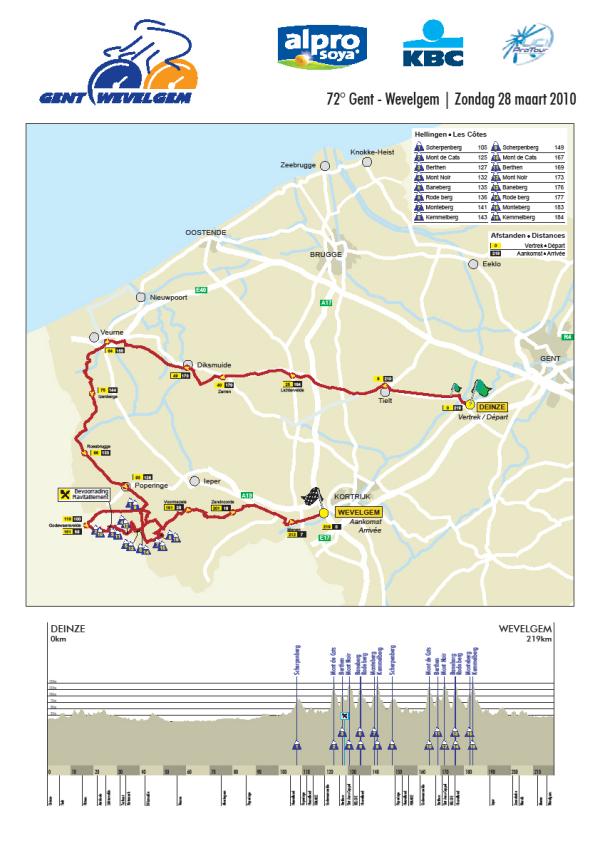 This new weekend is due to the changed status of Gent-Wevelgem, a race that used to be a midweek snack, but is now one of the major Pro Tour spring classics. With the change in status came a change in route as well. The organisation has added an extra loop in the ride, which means that a couple of hills will have to be climbed twice, including the famous cobbled Kemmelberg. In total, the riders will have to swallow 219 kilometres.

After beating Tom Boonen (winner of Gent-Wevelgem in 2004) by a comfortable margin in Milan-San Remo, Oscar Freire (winner in 2008) is hot favourite for the first position. He is not riding in Harelbelke on Saturday, in order to arrive at the start in Deinze in the best shape possible. Edvald Boasson Hagen, who won in Wevelgem last year, finished Milan-San Remo in the same group as Mark Cavendish, but in a race 80 k shorter than La Primavera, he is not to be completely ignored. Cavendish himself was heavily criticised by his teammate Andre Greipel after his poor performance in the first great classic of the year and is not likely to be first past the line this weekend either. If one man is able to avoid the race from ending in a mass sprint, it’s Belgian Phillipe Gilbert. Yet, if the sprinters play their cards right and the race ends with a sprint, our dark horse is Dutch former track world champion Theo Bos. 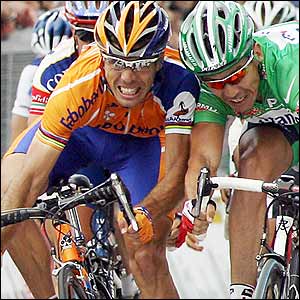 In Milan-San Remo, both 1st and 2nd place finishers were in the top of our Carvalho Custom Favourites list. Will our three names Freire, Boasson Hagen and Gilbert prove to be just as good this time?