Here at Carvalho Custom we realized about 5 years ago, that female cyclists were being neglected, typically getting palmed off with either men’s clothing or the tremendously patronizing “shrink it and pink it” option. So we started experimenting with new fits and fabrics and we made some steady progress. We sponosored Shu Pillinger‘s kit for the Race Across America and in return she helped us field test some of our concepts (we thought that 5000 kms of non-stop cycling would probably be a good test for our chamois for example…). 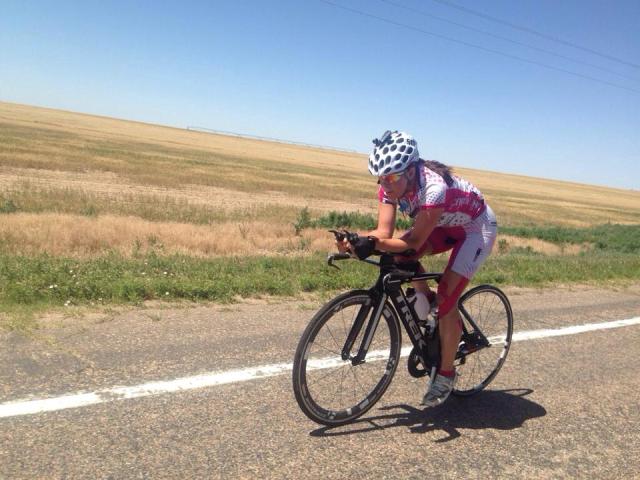 We knew that the biggest single problem that women cyclists faced that men did not was bib shorts – the problem was getting caught short in your bib shorts (in other words taking a pee). With a bit of stretching of fabrics men can take a pee relatively easily without removing the straps, but for a woman it was always a case of having to take the straps of her shoulders in order to be able to pull the back down, which meant having to remove her jersey also. Most women resigned themselves to wearing waist shorts, but they just had no idea on the comfort they were missing out on: bib shorts do not dig into your tummy, they are held up high on the back so that there is no gap between jersey and shorts when in the riding position and very important (but often overlooked), they hold the chamois firmly in place against your backside which dramatically reduces chaffing.

There have been a few efforts at resolving this problem, many of which are not great. For example adding a zip to the back of the shorts works OK, but most women find having a zip being pushed into their flesh less than comfortable! Then there is the so called “drop tail” option, which anchors the back straps at the side of the rider and leaves a flap of material at the back to be tucked in. This sort of misses the points of bib shorts however as it does not pull the back of the shorts up, so the chamois does not get held in position.

We went through a lot of iterations before we realized that there was an alternative solution. By using a halter neck, and using clever anchor positions for the strap and a super soft and stretchy neck strap, we could hold the shorts in position just like normal bib shorts, without putting pressure on the neck and they could be pulled down without removing the neck strap.

The reason that this idea was complex to develop was twofold – first understanding it was possible to anchor a halter neck on the front and back of the shorts (which meant that the back of the shorts would be pulled up, so keeping the chamois in place properly) and second understanding that there are 3 positions to wear bib shorts and the functionality of the straps changes completely according to the position. When you try on cycling shorts for the first time, then generally you will be in the upright position, but this is pretty much irrelevant for a cyclists, because the only time you are upright is walking to and from your bike and trying them on in the shop. So our halterneck shorts do not really work very well when you are standing upright, because they don’t really pull up the back properly. When you bend forwards into the riding position though, everything slips into place and the tension is transferred from the front anchor points of the straps do the back anchor points and suddenly the shorts make sense. Then when the rider squats down, so reducing the distance the straps have to cover from the shoulders to the hips, all tension is released and the back can just be pulled down.

After a lot of work with prototyping and testing we realized we have a very good idea, so we applied for a patent. And today, 17th of October 2016 it was granted in the UK, with worldwide patents to follow hopefully over the coming months. It has been a long journey for our little company and it has been troubling so see several other brands try to copy our idea, particularly as we have made it clear that are prepared to license the idea to them. We were very happy that Wiggle/DHB did a license deal with us and now our halterneck shorts are one of their biggest selling cycling shorts, which really feels like a validation of our original idea and all those years of development.