Alberto Contador just got nicked by the French police for riding through the ‘dark’ tunnels going up the Galibier without being sufficiently visible:

The Spaniard was undergoing specialist training on the descent of the Galibier pass in the Alps for the mountain stages of the Tour when a policeman brought him to a halt.
Spokesman Jacinto Vidarte said the officer told the three-times Tour winner that he was not visible enough on a road that snakes through dark tunnels.
Vidarte told Associated Press that Saxo Bank rider Contador argued that his team’s cars were lighting his way sufficiently, but was forced to give up and “put his bike in the car”. 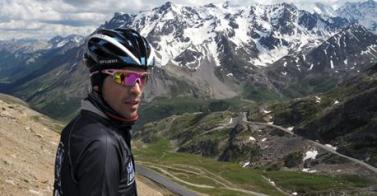 Don’t you just love a self-important policeman? Saxobank should have come to Carvalho Custom for their kit as we can produce high visibility graphics and lettering on the backs of custom cycling jackets and even jerseys, so that you light up like a Christmas tree.