On Saturday, the 93rd Tour of Italy (Giro d’Italia) will start in, of all places, Amsterdam. Luckily, your reporter is based in the Dutch capital, where he has an ideal position to monitor the preparations of the riders closely. This year’s Giro is planned in such a way, that the race will probably be decided in the last three stages, as the 19th and the 20th stage are the most mountainous of the complete race and the final stage is a short time trial in Verona. Be sure to cancel all your appointments on May 28th, 29th and 30th, because if you have half a cycling fan’s heart, you will be watching Eurosport on the edge of your seat. Among other difficult climbs, the infamous Gavia is on the menu on saturday the 29th.

Other highlights include an uphill finish on Mount Terminillo (May 16th), a mountain individual time trial (May 25th) and three stages on Dutch territory (this weekend, but no mountains here!). On top of that, two great champions of the past are honoured by special finishing locations. Stage 13 ends in Cesenatico (home of Marco Pantani) while stage 5 takes the riders to Novi Ligure, where the Fausto Coppi memorial museum is located.

Last year’s winner Denis Menchov is focusing on the Tour de France this time, and will not appear at the start in Amsterdam. Therefore, world champion Cadel Evans is top favourite for finishing in Verona wearing the pink jersey of the general classification (and of the leading Italian sports paper La Gazetta dello Sport). Evans has demonstrated in the Spring classics that he is in top shape, and is determined on adding the second most important cycling race of the year to his record. He doesn’t really have a change of gear, which doesn’t make him one of the most exciting riders and is politely referred to as having a diesel engine. 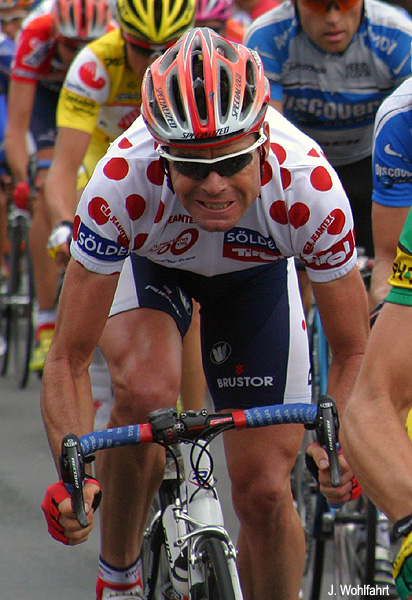 There are some tough competitors out there, however. Britain’s Bradley Wiggins is definetely among them, as he made clear that he does not consider this Giro to be merely a preparation for the Tour de France. Liège-Bastogne-Liège winner Alexander Vinokourov is also among the contenders for a high classification, as is 2008 Tour de France winner Carlos Sastre.

How about the Italians, then? From 1997 to 2007, the Giro had an Italian winner, but the last two editions were won by foreigners. 2006 winner Ivan Basso has returned to defend the red, white and green, after he was suspended for two years, Former enemies Gilberto Simoni (winner 2001 and 2003) and Damiano Cunego (winner in 2004) are reunited in team Lampre. Will they work together as a team? Good old Stefano Garzelli (winner in 2000) will also represent Italy, as will Vincenzo Nibali, Marzio Bruseghin, (3rd in 2008) Domenico Pozzovivo and Michele Scarponi.